In the late 1920’s and early 1930’s the Danish physician Ejnar Jarløv (1888–1961) worked on establishing a typography of fatness using clinical photography.

Visual depictions of an epidemic
In 1998 WHO declared obesity an epidemic. During the time leading up to this, the bodily phenomenon ‘fatness’ was increasingly made an object of knowledge production within medicine. This project investigates different ways in which fatness as a phenomenon has been illustrated by and produced through, the use of images or other visual depictions.

Medical knowledge production
The project departs from the basic notion that visual representations contribute to inform and form medical knowledge rather than just reflect the state of knowledge at a given time in history. As such, differing types of medical visuals – for example, charts or photography – are not just different ways of illustrating the same problem or phenomenon, rather they can point to the various ways in which fatness historically has been conceptualised and practiced within medical research.

Shaped by images
The project’s overall research question will be:

Anne Katrine Kleberg Hansen adheres to the designation ‘fatness’ to allow for distinction between the varying disease-designations that have been attached to fatness, with different implications throughout time – obesity being one of them.

Read more about the Carlsberg Foundation.

Read more about the Carlsberg Foundation at carlsberg.dk 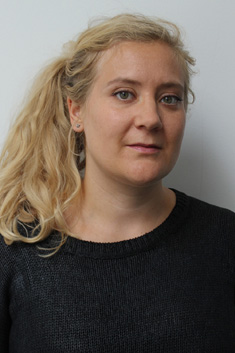